Banga-Bloom: The garden city is full of flowers

All of Bangalore is flaunting orange, the colour de jour, as the magnificent Gul Mohurs are in full bloom. 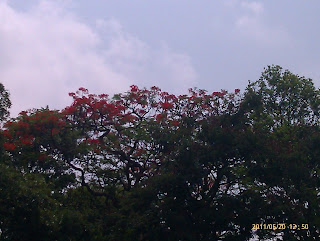 Against the glare of the blazing sun and the harsh overhang of ongoing work on the metro, summer still holds beauty in Bangalore. Denizens of other cities flee to the hills or distant lands to escape the heat but, for us, there is no such impetus. 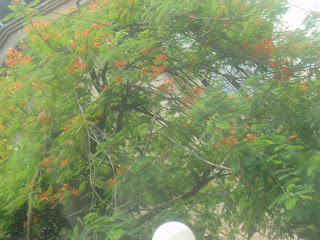 Each day provides a visual treat with a profusion of flowers in delightful colours preening themselves along the dusty dug-up roads. While we mourn the giant trees that are felled to further the cause of development, we take heart that “the poetry of the earth is never dead” and seems to hold out graciously against the machinations of man. 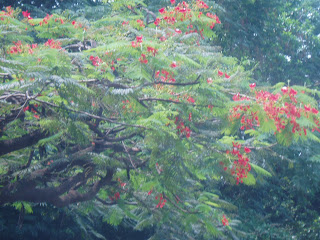 Researching the history of Mysore State for a book, I found that the origin of the wonderful green bequest from our forebears could be traced to Hyder Ali, who seized power from the Wodeyars in 1763. He created the royal pleasure garden in Bangalore that later became Lalbagh and was assiduously nurtured by his son Tipu Sultan. A charming revelation was that the Tiger of Mysore’s emissaries were required to bring seeds from the lands that they passed through. 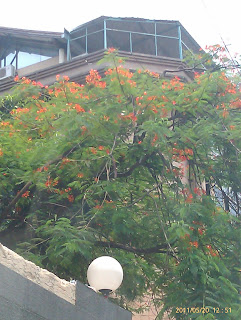 After Tipu’s death in 1799, the Wodeyars were restored to the throne while the British built up their presence in Bangalore which subsequently became the capital. The British brought their concept of formal gardens here and were delighted that the mix of tropical climate and the coolth of the high plateau was conducive for trees from the Mediterranean (the Cypress), South America (the Cerrado) and Australia (the Hoop and the New Caledonian pines).

Among the botanical experts sent from the Kew Gardens in London was the German Gustav Hermann Krumbiegel whose services were requisitioned by the Maharaja of Mysore, Krishnaraja Wodeyar in 1908.

That marked the beginning of a long and lovely courtship of the city with Krumbiegel taking up the task of several gardens across the city. Perhaps his most lasting legacy was the introduction of the flower shows at Lalbagh.

The shows that are now held to coincide with the Independence Day and the Republic Day, allow the best of Bangalore’s horticulturists to display their green fingers. Public and private companies vie with each other as much as housewives who leave no leaf unturned to reign as the queens of green.

To paraphrase one of the state’s most respected bureaucrats, the late TP Issar, “Winter, spring, summer or fall, Bangalore’s blossoms follow a splendid sequence that keep the city pretty”. 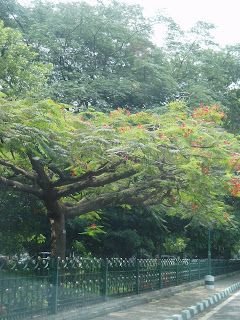 While the blue mauve Jacaranda dominate November and January, the early blooming yellow Tabebuias catch up and burst out in fully glory in February- March. Soon the magnificent Rain Tree with its pink puffs that resemble flounces on a little girl’s frock, the Mango and others follow suit.

It's summer now and our skyline is alight with the vibrant hues of the Gul Mohur (May flower). A delicate contrast is the Pink Cassia – entire trees are covered with these spectacular blossoms. With the rains already blowing in, we will soon smell the heady Champak (Indian magnolia) and Mallige (jasmine).

The long low bungalows and the vast expanse of their gardens that characterised the Garden City have yielded to apartment blocks but nobody it seems is immune to the city’s genealogy of green. My friend Sriram Aruvamudan and his partners run ‘My sunny balcony’ that creates cosy green niches in the smallest of spaces and vertical gardens. Space is no constraint as long as you have the will to be green.

Resources: ‘The Raj Bhavan Karnataka Through the Ages’ is a limited edition book that we published and perhaps, if you asked very nicely, can be obtained from the Raj Bhavan, Bangalore. http://rajbhavan.kar.nic.in/

TP Issar’s ‘Blossoms of Bangalore’ is sadly out of print.
A book on Krumbiegel 'Whatever he touched, he adorned' is available at 1.shanthiroad@gmail.com
Check out: http://www.mysunnybalcony.com

Hi,
Thanks for sharing.

Hi,
Thanks for sharing.