Monkey Business in the Pub

At this all-day gastropub (a space that has the essence of a pub, backed by excellent food and service at accessible prices), the music has its own buzz; but it is the thrum of talk and laughter that keeps the vibe going. So much so that it has Bangaloreans of all ages and professions in raptures and the owners perplexed at the instant success.

Started by Chef Manu Chandra and AD Singh, Monkey Bar is very different and sets a new trend. It is a space that is welcoming, different and has it own electric charm. Rustic wood mixes with eclectic décor – with jam jars and rice pans used to service drinks and food. Retro posters, and there is even a bright Vespa, to create a carefree mood that gets people into a happy mood almost instantly.

The basement has a big secret for the first timers at Monkey Bar - a foosball table and a pool table that are in huge demand. Ask why Monkey Bar and Chef Manu says, “It is playful. We all grew up with monkey bars and jungle gyms. It has a quick recall.”

There are bartenders churning out unusual concoctions like the Aam panna cocktail with rum, and sweet lime, mint, jeera and salt — very much like chutney but with the addition of vodka. They have room for all sorts of palates and curious drinkers. Something as basic as Horlicks, is blended with banana, Nutella and made into a rave-worthy smoothie. Hangover 14/1 Wood Street is a spicy cocktail of dark rum, vodka, beer and Tabasco – tread with care as it is extremely hot. Up for grabs are the usual drinks and mocktails. Although the sad part is they do not have draught beer.

The main courses are generous. Choose from Mexican, Lebanese, Bengali, Thai, Vietnamese and ‘Chindia’. The food menu is heavily weighted in favour of non-vegetarians with the dry aged wood grilled burgers being eaten as fast as they are cooked. The menu includes Tikki of Joy, Caramelised Rib, Prawns Balchao and Galouti Killer. The food is sinful but oddly not greasy or over the top — the ingredients are used accurately and every element in the dish gets the chance to play its part.
Mumbai meets Bangalore with the all time favourite street food like the Bombay Vada Pav served with butter and ghatti masala, which would make a good starter. For the main course, the MoBar Burger, a classic wood fired burger, wins any day. The buns are made in house and are a different size. They are served in the classic monkey bar style with fries and salad, oozing with flavour. For vegetarians, don’t worry. It is a massive burger. Not your conventional Mac burger size, but much bigger. But worth every rupee. For dessert the unique Flourless Chocolate XS Cake, a heady mix, stands out.

Ask for Michael. He has got the best service. And if you ever have a problem the manager Nikhil should sort you out. Look out for Kunal, the gastronomy man, he will fill you up with what you should know about your food. Hop over to Monkey Bar and make your own list of what you like.

Jatin Das in the BEST OF INDIA

Testimonials for the BEST OF INDIA 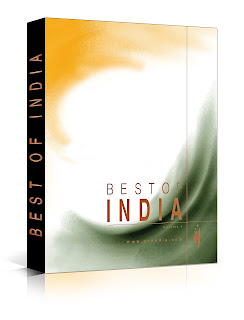 “I would like to compliment your effort to showcase the growth and success of our country.” – KV Kamath, Non executive Chairman, ICICI Bank Ltd


“It was a privilege to be asked to write the Foreword for the  “Best of India”. It is an excellent publication and I am sure, being received exceedingly well by critics as well as the market”. - Ashok Soota, Happiest Minds Technologies.

We are pleased to inform you that His Excellency the High Commissioner of India to South Africa Virendra Gupta launched the BEST OF INDIA at the Future of Trade Africa 2012 in Johannesburg on July 16.
The latest volume of the Best of South Africa and the Best of Soweto were also launched at the event.


The Indo-German Urban Mela at Palace Grounds saw an enthusiastic response from locals and visitors to Bangalore. From innovative and sustainable technology to performances, stilt walkers and clowns – the Mela had it all.

The Indo-German Urban Mela, a 10-day long extravaganza, started its journey in Mumbai before making a stop in Bangalore. It is the centerpiece of the Germany and India 2011-12: Infinite Opportunities’ which was kicked off in September 2011 and has brought forth a succession of cultural programmes over the past few months with a focus on ‘StadRaume – CitySpaces’.

The Mela is celebrating the German-Indian collaborations over the years while looking forward to strengthening ties and forging new partnerships. Interestingly, the Karnataka-Germany connection can be traced back to 1843 when Hermann Mogling, a German missionary considered as the father of Kannada journalism, founded the first Kannada newspaper in Mangalore called ‘Mangalooru Samachar’. Another German missionary Ferdinand Kittel compiled the first English-Kannada dictionary in 1894.

The innovative structures – 15 pavilions in various geometric shapes mimicking gemstones and designed by Markus Heinsdorff – were set against the stately Bangalore Palace.

It was opportunities galore for students at the Indo-German Youth University which had laid out prospects for education and research through interactive sessions with entrepreneurs and professors, along with counselling, lectures and quizzes.

The Deutsche Bank pavilion offered a peek at the projects supported by the bank as well as guest projects which included the Solar Impulse project, a solar powered aircraft and the Windowfarms hydroponic farming system by Britta Riley. The Dream:in project had set up a wishing tree, where you could tie your dream for your city which was later collected by Dreamctachers.

At the Bosch pavilion, there was a display of products for ‘cities of the future’ including a model of an Energy-Plus house while Lapp India offered safe cabling and wiring solutions. A popular stop was the Airbus pavilion which showcased a breathtaking Airbus concept plane and highlighted the current scenario in the aviation industry in an animated film.

There was a steady stream of families, students and professionals at the Mela. It was non-stop action with seminars, workshops, teaser German classes, storytelling, theatre, film screenings coupled with music performances. There was never a dull moment, not with stilt walkers from Germany and Bornfree Art School who walked and twirled.


Adding colour and smiles were the clowns, Josef Bogenfuerst (aka Jockel the clown) and Sanjay Balsaver. The interactive bamboo installation by Steffi Silbermann was another crowd puller. With flash mobs and dances, visitors could jump in and do an impromptu jig, get inked with a tattoo, try their luck quotient with the treasure hunt and a lucky draw or wield their creative vision on the Dream City wall.

Of course, a visit to any German affair is incomplete without beer and pretzels. There was plenty of that and a choice of Indian cuisine to be had at the Beergarden. A curtain raiser to the Oktoberfest by musicians from the Bavarian Reisbacher Musikanten brass band was scheduled on Jun 27.

The Mela closed on July 1 in Bangalore but will continue to travel to Chennai, Delhi and Pune.

Mux Mool’s hard-to-box music is very different. Skulltaste, his sonic tour de force and recently released Planet High School, his new album. Resolutely electronic and charming, Mux Mool’s sound is a delight that has left audiences saying ‘More Please’ whether it is on YouTube or across clubs around the world.

I caught up with Mux Mool (aka Brian Lindgren) at the Green Room Session prior to his performance in Bangalore for an exclusive interview.

What is Mux Mool?
Just some made-up words that somebody suggested I should name my band and so I did. The words themselves mean different things when you Google them separately but when I chose the name I didn’t know that. I just thought it sounded really cool.

Has social media has killed the star DJ?
It has and hasn’t at the same time. Social media has taken power away from the mighty and distributed it equitably among the rest of us. So while DJs used to be untouchable since they were on a pedestal until five years ago, now kids learn to play music within six months on their computers and are able to make thousands of dollars off it. But DJs like Tiesto are still stars.

Since any kid can download music for free, then what is the future of the music industry? Can you actually fight the torrent business on the Internet?
No, the torrent business cannot be fought because it is too good to be true. It is not necessarily a bad thing. The internet gives the power back to the audience. Download as you like and pay for it if you like to.

As a pro-Torrent, pro-MP3, pro internet everything artist, according to you, music is and always should be free?
I can't judge if Torrent is right or wrong - but I know it has definitely been right for me. At the same time, I find it annoying that the same companies (such as AOL) that created and spread knowledge about these 'piracy' sites, have now turned around and started suing people for using them.

How, then, do you expect to make money from your art?
Being a musician has a lot to do with flexibility; while selling it has been around for a few decades, music itself is a centuries-old form of expression. So I have to find alternative ways of making money out of my music than through just putting a price label on a download or CD. One could make money at a concert via merchandising.