The Reva is a pioneering EV.  The very first to be manufactured and launched in India, it is driven in over 25 countries worldwide, clocking over 180 million kilometres on roads across the globe. Its impact, however, is far greater than these numbers indicate; it has influenced the ideas of opinion makers and has made EVs and city mobility widely acceptable. Now in Reva EV: India’s Green Gift to the World, Dr Maini, founder of the car’s original manufacturer, Maini Group of Industries, tells the fascinating story behind India’s very own cool green car.

From its inception and ideation to designing the car and taking it to the world, Dr Maini recounts a story which rested on a series of fortuitous meetings with astonishingly similar interests. It is a story coloured with hope, determination, disappointment, success, and jubilation—it is the passion for making green commuting a viable possibility come alive in these pages from Reva’s journey.

Charting the years of painstaking research and planning, the false starts and then eventual launch, Reva Ev: India’s Green Gift to the World is the story of a team that believed in its products against all odds. Documenting many firsts, this book is an immortal account of India soundly on the forefront of electric vehicle movement with this unique car. 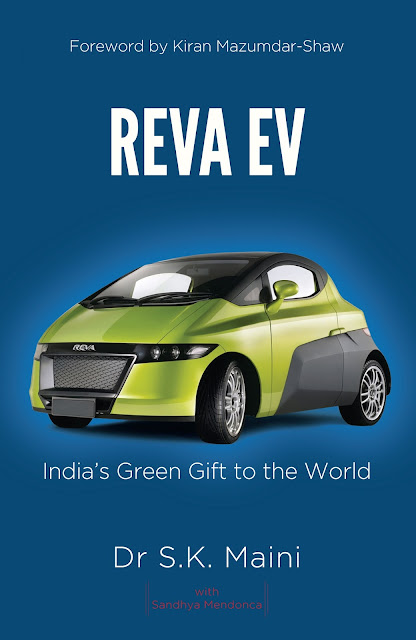 Sudarshan K. Maini is the Founder of Maini Group of Industries, manufacturers of India’s first electric car—REVA. Loughborough University, UK honoured him with a degree of Doctorate in Technology for his contribution to Industry in India in 2006.

He is a member on the Advisory Board of ICREATE—an organization for propagating Innovations & Technology. He is a member on the Board of Trustees of Ekal Vidyalaya Movement which runs over 40,000 single Teacher Schools in Remote Villages of India. He started Gramothan Foundation in 2009 with an objective to improve the quality of life by eliminating the poor from rural India in the shortest possible time with systems which are workable, sustainable and scalable to improve.

Sandhya Mendonca is an author, columnist, and publisher. She has co-founded two media companies—Raintree Media Pvt. Ltd and Global Village Publications India Pvt. Ltd, which is part of the international GVP network that publishes the ‘Best of’ series of books. 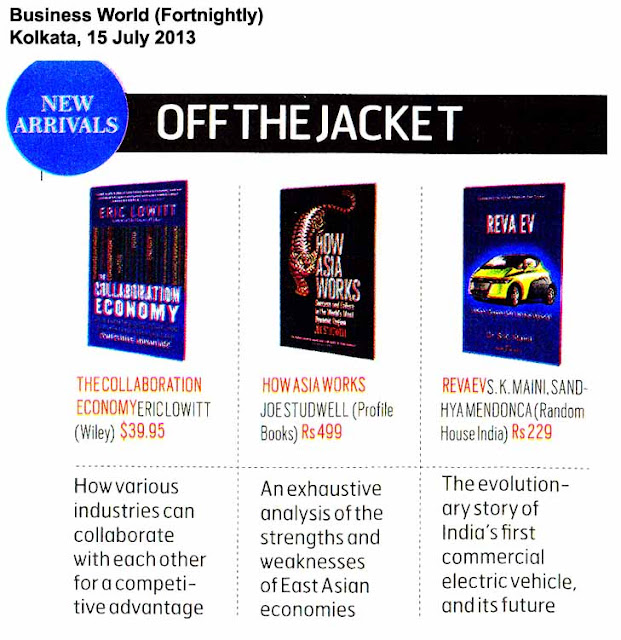