Dualist Inquiry’s grinding progressive electronica, combined with some pretty good guitar solos has a growing fan following across India. Guitarist, composer and producer, Sahej Bakshi, chose the name Dualist Inquiry because it represents his personal belief in the idea of dualism, an “encapsulating philosophy” that “these extremes are always balancing and cancelling each other out”.


Dualist Inquiry kicked up a storm of a crowd at Bangalore’s best Drum & Bass venue, Bacchus. With a different vibe, the crowd was electric and totally entertained.
Bakshi is different from other electronica musicians; he’s often called Delhi’s missing Moby, he composes and produces each and every track during his live performance.On stage, the 24 year old, in addition to busting out beats from behind his laptop (with the aid of his trusty sequencer, the Native Instruments Machine), he also plays the guitar. But the electro-rock sounds do not stick to any one genre; Bakshi has been known to jump styles “I’ve stopped caring about genres, as a rule of life”.
Bakshi who learned to play guitar at age nine, formed a school rock band with actor-musician Imaad Shah while they were at Doon School in Dehradun. Bakshi was exposed to a world of electronic music that shook him out of his rock foundations. In 2005, he began working with music production software to create a sound of distinct, rock- influenced electronica. He graduated from the Thornton Music School at USC in Los Angeles, CA.
Since returning to Delhi in March 2010, Bakshi has been touring India extensively, in addition to being selected to perform at the Berlin Music Week in Sept 2010. He was ranked No.1 nationally in the Burn Sasha Tour remix competition (2010) and was the Second Runner Up in the MTV Submerge Ultimate Pro DJ Championship 2010. 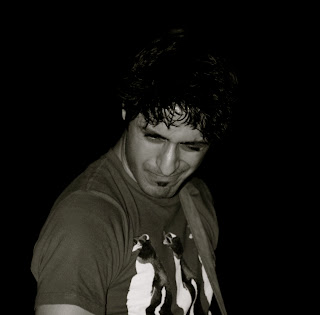 Excerpts from an interview:
What is Dualist Inquiry?
Dualist Inquiry started as my way of chronicling my life experiences when I was just writing music in my dorm room in college. But now it’s started shaping my life in return, so it’s quite interesting to think about the change of perspective. I need my songs to have a friendly, groovy, percussive beat to them, and a certain degree of the repetitive electronic element.

What are your views on the EDM scene in India - the current state and how you would like to see it evolve?
Currently, the Indian EDM scene in India is at a very special juncture, where people in large numbers are beginning to take electronic and other music very seriously, both in a musical and business sense Increasingly, Indian music fans are taking a serious look at Indian bands (which are not playing covers anymore) and finding that they quite like what they see.

Two DJs / songs that your currently Digg?
Gramatik – ‘So much to love’
Opiou - ‘Robo Boty’

Tell us about the latest EP “Dualism” - what can new listeners expect from it?
It’s got a personal meaning. To me, it’s a balance of how everything is composed. With this EP, I've tried to represent myself as truly and fairly as an artist as I possibly can. There’s some chillout, there’s some midtempo, there’s some party music, and there’s some concrete spoken thoughts to chew on. Listeners can expect to hear four tracks that are very closely related to each other, yet very distant in some very obvious ways.

Bakshi believes there’s no better place for an Indian indie musician than India right now. “Being Indian, there was less meaning in my being in LA. Here, we’re starting something. Every year, there’s a new festival. I wanted to contribute to the scene here”.