Artist Shan Ré’s latest exhibition is a retrospective of her ten-year journey of joy, wisdom, struggle, survival and hope

“I feel I have more wisdom than knowledge, more intuition than intellect and that I am more gifted than talented,” is how artist Shan Ré perceives her evolution over the last ten years. Her latest exhibition, titled ‘The Unfolding of the Self’, seeks to resurrect this period of her life.

The exhibition unveiled at Galerie De’ Arts last week features unseen works from Ré’s landmark series, tracing the reinforcing progression of the Bangalore-based artist as she explored a wide array of subjects and genres - abstract expressionism, minimalism, figuration and geometric abstraction - from 2000 to present. 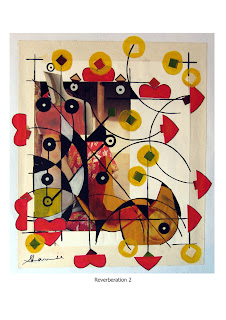 One of India’s most versatile artists, she has displayed her works in Bangalore, New York, Philadelphia and San Francisco.  Though she started painting publicly only in 2000, Ré muses that in her mind, she was already ‘a great artist’ since a child: “I would daydream about which collector I would sell my works to!”

Painting was limited to being little more than a hobby until much later when Ré sought out her canvas to get her through what she calls a difficult period in her life: “Everything was going wrong then. I was looking for an emotional support and I found my painting.” For someone whose work is ‘guided purely by flashes of intuition’, any other choice would have made little sense. 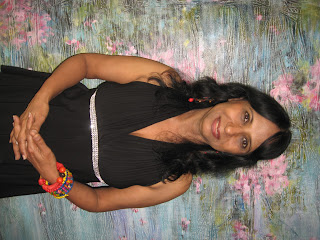 “To me, life is an opportunity to create meaning, an empty canvas and I have an irresistible impulse to make it colourful,” says Ré whose works don the private collections of His Highness Srikantadatta Wodeyar (Mysore), filmmaker Francis Ford Coppola (San Francisco) and actress Jackie Collins (Los Angeles), to name a few.

Ask her which phase has seen her ‘suffer’ the most, she quietly replies, “None. My paintings are spontaneous emotive eruptions. When my mind is perfectly in tune the power of intuition unfolds within me and creation happens by itself. It is involuntary, like breathing.” 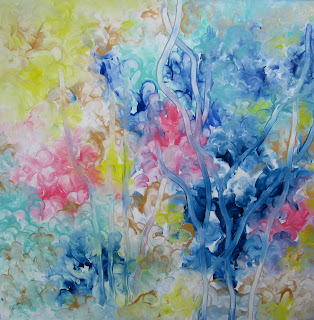 Ré’s ‘Free Association Drawings’ (2003 to 2010) are perhaps the rawest example of this ‘involuntary’ process. These iconic drawings are derived with an individualistic approach demanding total freedom from preconceived concepts. The works remain minimalist where the colour-scale is almost monochromatic and the drawings linear.

“I clear my mind to withdraw to an altered state of consciousness and let my pen move automatically. Drawings of a particular session usually have a common thread and I know what I have drawn only after I’ve finished. You need to have inner peace to do this. I discovered this technique by chance and the experience was life-changing - drawings can reveal much more about you to yourself.” 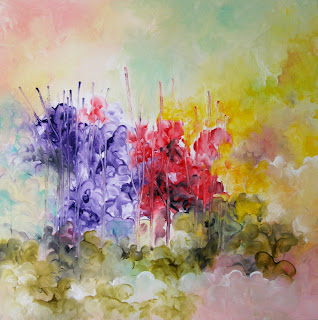 Ré’s daughter, Romicon Revola, is a sculptor herself. Any artistic differences there? “Not at all. We get along very well because we support each other.”  On the exotic choice of her name, Ré smiles: “People keep asking me how I got this ‘artistic’ name, but actually, it’s my father’s name - Reshan Ré.”

As the guests begin to steadily pour in, the artist quickly beckons towards the balcony – there, her portrait of her late husband, Italian artist Don Revola, hangs on a wall. Stuck on the side is a small piece of paper scribbled with a poem beginning with: ‘Life is a Picasso hung upside down…’